Óåėßäį 286
... the fact to the robbery by Ernest Greene of property of Pauline Turner , James
S. SMITH , Appellant , and was convicted . ... before , during , and after a crime
may not be convicted as accessory after United States Court of Appeals the fact .
Óåėßäį 467
Section 9 of the First Judiciary Act , which gave the district courts , inter alia , "
exclusive original cognizance of all civil causes of admiralty and maritime
jurisdiction , " subject to the saving clause , provided that " the trial of issues in
fact , in the ...
Óåėßäį 946
judge against whom the affidavit is filed may pass upon the legal sufficiency of
the facts alleged in the affidavit , but he ... [ 3 ] In this case the only fact set forth in
the affidavit was that the “ Honorable Judge Solomon had a conference with the ... 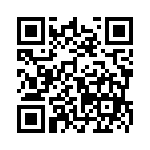