Óåėßäį 145
geometry of vortices T = f(x,y,z) (defined by the strength of circulation and shape
of the filament), and velocities W = f(x,y ... Among the trailing vortices, those
leaving the blade tips—the so-called tip vortices—usually dominate the flow
picture in ...
Óåėßäį 197
Each of the i vortices consists of a bound segment extending along the line p (p =
1, 2, ...P) between nodes Moq and Mp, q+1, and a pair of trailing vortices
consisting of two segments; first going along the lifting surface (along the line q)
and ...
Óåėßäį 205
... however, the strength of those in the wake is already known. The resulting
wake vortex system can be approximated by a mesh of discrete straight-line
segments representing both shed and trailing vortices (Fig 4,46). Bound VORTEX
T(r. 1, ... 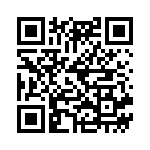