”ŚŽŖšŠ 366
They owned 46 houses , and numbered 1085 persons , of whom 814 were “ coriste , " or admitted nuns , 265 “ converse , ” or persons in a probationary state , and 6 novices , or servants . They averaged 23 persons to each convent ...
”ŚŽŖšŠ 402
Persons made citizens by State laws vote , by virtue of those laws , in the election of all the elective officers of the general government , and of course hold a part of the sovereignty of the country , rightfully and constitutionally ...
”ŚŽŖšŠ 404
If a person migrates , he becomes an inhabitant of the State be goes to , and his status there must be fixed by its own laws . ... The States originally possessed the power of determining what persons should or should not be citizens . 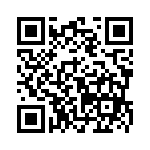