Óåėßäį 189
aggressive foreign policy , and in the end , Philip was no more successful than
Charles in avoiding bankruptcy . If the silver bonanza , by encouraging an overly
ambitious imperialism , proved a mixed blessing for Spain ' s foreign affairs , its ...
Óåėßäį 376
Occasionally , delegations of foreign residents in Mexico City requested
audiences with Don Porfirio to entreat him to run for yet another presidential term
. Foreign capital accounted for two thirds of the total invested in the country , most
of it in ...
Óåėßäį 479
evident than in his confrontation with foreign oil companies — the most dramatic
episode of his presidency . As recently as 1925 , Mexico produced one fourth of
the world ' s oil , or 165 , 514 , 700 barrels a year , almost all of it owned by ... 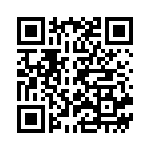