Óåėßäį 153
The other rule of construction invoked by appellee to sustain his contention is the
one stated by Judge Cooley as follows: "The rule applicable here is that effect is
to be given, if possible, to the whole instrument, and to every section and clause.
Óåėßäį 157
Ct. 757, 34 L. Ed. 117, 119, cited by appellee, the following rule is stated: "It is an
old and familiar rule that, 'where there is, in the same statute, a particular
enactment, and also a general one, which, in its most comprehensive sense,
would ...
Óåėßäį 886
The act was not intended to set up a new rule for the construction of wills or to
include as primary legatees persons who did not come within the meaning of the
language employed by the testator; its purpose was to provide for the substitution
... 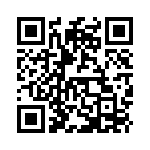