A disturbing, thought-provoking book; often funny yet scary; you may not agree with everything Hardin says but you cannot ignore his facts. ĮķÜćķłóē ļėüźėēńēņ ōēņ źńéōéźŽņ

Garrett Hardin, an American scientist and prominent human ecologist, was born in Dallas, Texas. A victim of polio as a child, Hardin and his family moved around to various cities in the midwest before finally settling in Chicago, where he attended the University of Chicago, receiving a degree in zoology in 1936. At Chicago, Hardin was greatly influenced by several prominent teachers, including geologist J. Harlan Bretz, ecologist W. C. Allee, and philosopher-educator Mortimer Adler. He was given a full professorship at the University of California at Santa Barbara in 1957 and later was also appointed professor of human ecology. Shortly after going to Santa Barbara, Hardin revised the school's biology curriculum and wrote a popular college textbook, Biology:Its Human Implications (1949) (revised in 1966 as Biology: Its Principles and Implications). At the same time, his interest shifted increasingly to genetics and evolution. In 1960 Hardin began teaching a course in human ecology, which examined the problem of population pressures on the earth's environment. He directly confronted the ethical implications of the problem, openly advocating legalizing abortion---then, as now, a highly charged and controversial topic. He lectured widely in the 1960s urging this cause, a campaign that helped pave the way for the later Supreme Court ruling in Roe v. Wade (1973). In a widely publicized article in Science magazine in 1968, Hardin insisted that the control of population growth and pollution was essential to human survival and thus required worldwide limits on the individual's freedom to reproduce and to degrade the environment. He expounded these views in greater detail in a later work, Exploring New Ethics for Survival (1972). 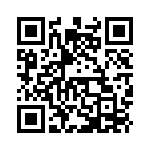