David T. Hill is Professor of Southeast Asian Studies at Murdoch University, Western Australia, where he is a Fellow of the Asia Research Centre on Social, Political and Economic Change. His publications include The Press in New Order Indonesia (1994, 1995) and Media, Culture and Politics in Indonesia (2000, co-authored with Krishna Sen).
Krishna Sen is Professor of Asian Media, Curtin University of Technology, Perth, Australia. She has written extensively on the media in Indonesia. She is a member of the International Advisory Board of Murdoch University's Asia Research Centre, a Councillor of the Australian Asian Studies Association and editorial board member of several media studies journals. 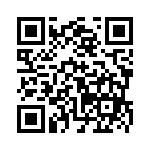