Samuel Fleischacker is Professor of Philosophy at the University of Illinois, Chicago. His books include A Short History of Distributive 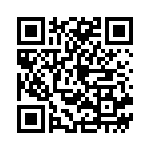