”ŚŽŖšŠ 86
... receive acknowledgments , which , if ever given now , are given so grudgingly , and with such qualifications , that they excite no pleasure , but rather a strong sense of the unfairness of the critics , whether foreign or domestic .
”ŚŽŖšŠ 453
in Edgar A. Poe , ” which affirmation , thus elicited , bears in it , unintentionally we have no doubt , ( for Willis is not given to sarcasm , ) the bitterest irony . Mr. Poe's goodness , it seems , had escaped ordinary observation ...
”ŚŽŖšŠ 551
John Quincy Adams and Channing have less than a column each , while to Brigham Young ( or “ Brigham le Jeune , ” as the writer amusingly calls him ) are given more than sixteen columns . Senator Clayton of Maryland is eulogized , but no ... 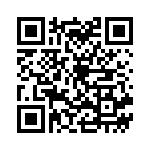