This is such a horrifying story I can't believe someone hasn't used it as a basis for a science fiction novel. Although the idea of a religious leader lining up children and shooting them all in the ... ĮķÜćķłóē ļėüźėēńēņ ōēņ źńéōéźŽņ

Blood of the prophets: Brigham Young and the massacre at Mountain Meadows

In 1857, over 100 men, women, and children in a wagon train from Arkansas were murdered in southern Utah by local settlers aided by Southern Paiute warriors. For 50 years, Mormon historian Juanita ... ĮķÜćķłóē ļėüźėēńēņ ōēņ źńéōéźŽņ

Will Bagley is an independent historian who has written about overland emigration, frontier violence, railroads, mining, and the Mormons. Bagley has published extensively over the years and is the author and editor of many books, articles, and reviews in professional journals. Bagley is the series editor of Arthur H. Clark Company's documentary history series, KINGDOM IN THE WEST: The Mormons and the American Frontier. Bagley has been a Wallace Stegner Centennial Fellow at the University of Utah and the Archibald Hanna, Jr. Fellow in American History at Yale University's Beinecke Library. Blood of the Prophets: Brigham Young and the Massacre at Mountain Meadows has won numerous awards including a Spur Award from Western Writers of America, the Bancroft History Prize from the Denver Public Library, Westerners International Best Book, and the Western History Association Caughey Book Prize for the most distinguished book on the history of the American West. So Rugged and Mountainous: Blazing the Trails to Oregon and California, 1812-1848 is the first of four volumes of Overland West: The Story of the Oregon and California Trails Series. 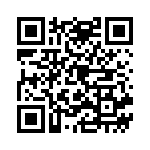