These volumes have a liberal slant to them, but are the best in Hebrew word study. The only complaint is that there is "transliteration" for Hebrew words within the text instead of the Hebrew. I know ... ĮķÜćķłóē ļėüźėēńēņ ōēņ źńéōéźŽņ

(1917-1981) Former professor of Old Testament and Catholic Theology at the University of Bonn in Germany.

Professor emeritus of Old Testament interpretation at the University of Uppsala, Sweden. 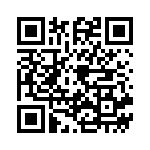