Brigadier General Samuel B. Griffith II, U.S.M.C., was wounded at Guadalcanal and was awarded the Navy Cross in 1942 and the Army Distinguished Service Cross in 1943. He earned his Ph.D. in Chinese military history at New College, Oxford University, and published articles and essays in the New Yorker, Town and Country, and the Saturday Evening Post. He also published the book Battle for Guadalcanal and translated Mao Tse-Tung's On Guerrilla Warfare. 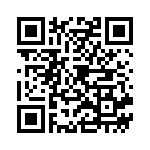