сЕКъДА 58
Wars , conflicts , riots , revolutions , racial deities , sullen envy - are these the daylight of civilization , or rather the valley of the shadow of humanity's dreams ? O'Neill is not , in the accepted sense , a poet of his times .
сЕКъДА 59
It may never occur to him that incest is in one sense a symbol of self - worship and selfseeking , and that this has become the besetting sin of a generation that denies any power greater than humanity , and so moves on to slow death ...
сЕКъДА 241
In a very real sense , ours is a government by judiciary , as Louis ... As James Beck once remarked : “ Thus the Supreme Court is not only a court of Justice but in a qualified sense a continuous constitutional convention . 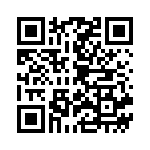