James Clackson is University Senior Lecturer in Classics at the University of Cambridge. He is the author of The Linguistic Relationship between Armenian and Greek (1994), Indo-European Linguistics: An Introduction (2007), as well as articles on classical and Indo-European philology.

Geoffrey Horrocks is Professor of Comparative Philology at Cambridge. He is the author of Space and Time in Homer (1981), Generative Grammar (1987), Greek: A History of the Language and its Speakers (1997), as well as of many articles on the history and structure of Greek from antiquity to the present day; he is also co-editor of Themes in Greek Linguistics (1998) and Studies in Greek Syntax (1999). 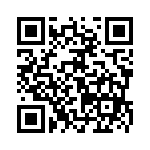