James P. Bednarz is professor of English at the C. W. Post Campus of Long Island University, where he has received the Newton Award for Excellence in Teaching. His articles on Elizabethan literary relations have appeared in a wide range of journals including ELH, Shakespeare Studies, Renaissance Drama, Medieval and Renaissance Drama in England, The Huntington Library Quarterly, and Spenser Studies. 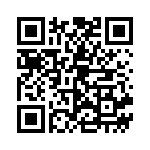