Óåëßäá 169
To permit There was ample evidence to support counsel , another witness , or anyone else the verdict and in the absence of any erto alter the exhibit could only tend to ror the judgment must be affirmed . confusion as to who had ...
Óåëßäá 223
1 ant , as a witness on behalf of the gov- Thereupon , on December 8 , 1954 , the ernment for purpose of asking whether District Court appointed counsel to repin his opinion as a layman he felt that resent Gunther .
Óåëßäá 256
Counsel , Marcel Malletaffirmed . Prevost , Asst . Gen. Counsel , and Samuel M. Singer and Nancy M. Sherman , Washington , D. C. , Attys . , were on brief , for petitioner . Sidney W. Wernick , Portland , Me . , with whom Berman ... 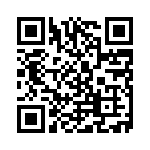