”ŚŽŖšŠ 200
Least Common Multiple In the last section, we studied the greatest common divisor of two or more numbers. In this section, we are interested in multiples of numbers. Remember that if b \ c, then c is said to be a multiple of b.
”ŚŽŖšŠ 201
Elementary Number Theory Since the positive integers which are multiples of -5 are exactly the same as the multiples of 5, the examples will involve positive integers. The procedure for finding the least common multiple by finding the ...
”ŚŽŖšŠ 216
Do you remember the meaning of and do you understand multiple, least common multiple, divisor, factor, greatest common divisor, perfect number, amicable number, Euclidean Algorithm, and the Fundamental Theorem of Arithmetic? 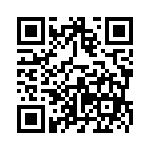