The late Kenneth McNaught finished his career as a professor of history at the University of Toronto. He was appointed an Officer in the Order of Canada in 1997.

Allen Mills is a professor in the department of Political Science, University of Winnipeg. 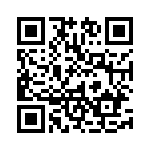