Óåėßäį 11
This is only an extension of the principle of fractions , which is contained in the
third section . In the sixth section the pupil learns to tell of what names ber any
number , as 2 , 3 , 4 , & c . , is one half , one third , on fourth , & c . ; and also
knowing ...
Óåėßäį 148
F . This article is intended to make the pupil familiar with adding the first nine
numbers to all others . The pupu should study it until he can answer the
questions very readily . G . In this article all the preceding are combined to gether
, and the ...
Óåėßäį 155
The examples are often so arranged , that several depend on each other , so that
the preceding explains the following one . Sometimes , also , in the same
example , there are several questions asked , so as to lead the pupil gradually
from the ... 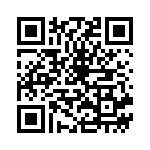