I enjoyed this history read and found it a page turner, but doubt the sourcing and veracity of most of what's contained within it. The text contains few indicators for source and the descriptions of ... Ανάγνωση ολόκληρης της κριτικής

This is a very well researched history of the American Southwest in the mid 19th century, focusing primarily on conflict between the Mexicans, Americans, and the native Americans. The central figure ... Ανάγνωση ολόκληρης της κριτικής

A native of Memphis, Hampton Sides is editor-atlarge for Outside magazine and the author of the international best-seller, Ghost Soldiers (Doubleday), which was the basis for the 2005 Miramax film, The Great Raid. Ghost Soldiers won the 2002 PEN USA award for non-fiction and the 2002 Discover Award from Barnes & Noble, and his magazine work has been twice nominated for National Magazine Awards for feature writing. Hampton is also the author of Americana (Anchor) and Stomping Grounds (William Morrow). A graduate of Yale with a B.A. in history, he lives in New Mexico with his wife, Anne, and their three sons. 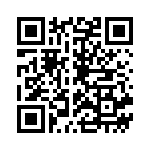