сЕКъДА 65
Following the election of 1936 , with the overwhelming victory of President Roosevelt , a question was raised whether the results were not an indication that there is arising in the United States what may be called the Führer principle ...
сЕКъДА 71
... fact that in the United States doctors are called — dogs . What , of course , happened was that the perspicacious writer in his defective knowledge of American pronunciation , confused the familiar abbreviation " doc " with dog .
сЕКъДА 168
They were not then called commercial artists because there existed no other sort of artist , no conceptually “ pure ” artist , to throw into shameful relief the organized and paid art worker , that is , the mason glazer , etc. , of the ... 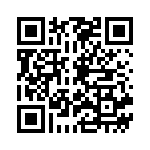