"The first full length biography of Zane Grey in over 30 years." The title captures the essence of the book. Each facet (life, adventures, women) was thoroughly explored. Extensive bibliography and notes 4* Ανάγνωση ολόκληρης της κριτικής

Zane Grey: his life, his adventures, his women

Since most Americans associate the name Zane Grey with cheap paperback Westerns in a revolving metal rack behind the Coke machine at the local stationery store, this fascinating new biography (the ... Ανάγνωση ολόκληρης της κριτικής

Thomas H. Pauly is a professor of English at the University of Delaware. He is the author of books on Elia Kazan and the historical background of the musical Chicago. 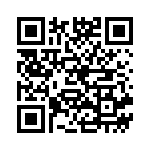