Óåėßäį viii
The second part , viz . the angles below the bafe , I have left out till the 13th is
proved , from which it easily follows ; and likewise in proving the bases equal in
the 4th , I have changed the indirect proof , and given a direct one , by which it is
...
Óåėßäį x
That Mr Simpson has fallen into a mistake , in the demonstration he has given to
prove the falsity of def . 10. Book XI . will appear from the following observations :
He has proved that the triangles EAB , EBC , ECA , contain . ing the one folid ...
Óåėßäį xi
But as he supposes it proved not universally true , he presents us with prop . A , B
, C , after prop . 23. Book XI . to supply its detect . prop . C. “ Solid figures
contained by the same num“ ber of equal and similar planes alike situated , and
having ... 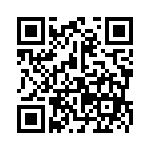