Óåėßäį 357
“ no unfairness or lack of due process Donnelly Co. , 330 U.S. 219 , 67 S.Ct. 756 , was inherent in the fact ” that the same 91 L.Ed. 854 ( 1947 ) , the prior deter- hearing officer who presided at the demination related to specific ...
Óåėßäį 390
Release 25 Resort to principle that words of general import in a release , when followed by reference to specific claims , are to be ignored , release being effective only to extent that it is specific , is appropriate only to restrict ...
Óåėßäį 513
Specific findings of fact District Court for the Northern District and separate conclusions of law are not of Illinois , Eastern Division , William J. made and set forth as is required where Campbell , J. , dismissed the complaint . 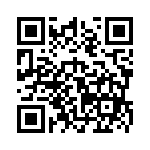