Óåėßäį 90
149 This , then , accounted for Paul's urging that his followers be dutiful subjects
of Roman rule , for “ at that time they were legitimate ( subjects ) . ” When Jesus
endorsed “ rendering unto Caesar , ” on the other hand , he wasn't so much ...
Óåėßäį 115
Be that as it may , here is Sepúlveda's formulation of the general principle and
the historical confirmation : Let it be established , therefore , with the authority of
the wisest men , that it is just and natural for the wise , upright , and humane to
rule ...
Óåėßäį 270
In addition to their potential contribution to anthropological speculation and to the
ethics of colonial rule , they are also an impressive exercise in classical
antiquarianism . Had the book been published in its time , it would not only have
given ...

A very comprehensive review of Spanish reinterpretations of antiquity in light of new world experiences. Conquistadors thought that their conquests surpassed the achievements of the Romans. Their ... ĮķÜćķłóē ļėüźėēńēņ ōēņ źńéōéźŽņ 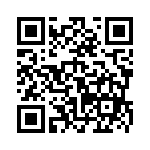