John Hidore is retired from the University of North Carolina at Greensboro. John's work has taken him to regions across the globe--including the Middle East, where he conducted research for a year in the Sudan, and later witnessed the breakout of civil war in Beirut, Lebanon in 1975. He has also worked and traveled in Saudi Arabia and Israel.

Richard Snow and Mary Snow are both Associate Professors of Meteorology at Embry Riddle Aeronautical University, where their program focuses on the theory and study of climatology, as well as its applications to industrial and business operations. They are new to this edition of Climatology.

John E. Oliver, deceased, received a bachelor's degree from London University and his master's and doctoral degrees from Columbia University in New York. He taught at Columbia University and in 1973 joined the faculty at Indiana State University in Terre Haute, Indiana. During his tenure at Indiana State, John served terms as Chair of the Geography-Geology Department and as the Associate Dean, College of Arts and Science. He was Professor Emeritus at the time of his death in May 2008.
John Oliver distinguished himself as the author of numerous books and articles in peer-reviewed scientific journals. He wrote extensively in the areas of climatology and physical geography. Among his major works is the Encyclopedia of World Climatology (2005), which he edited. John was co-founder of the journal Physical Geography and served as climatology editor of the journal from 1979-2000. In honor of his teaching, research, and university administration, he received the Distinguished Professor award from the College of Arts and Science at Indiana State University. The Climate Specialty Group in the Association of American Geographers presented him the first Lifetime Achievement Award (1998) for his many contributions to the study of climatology and to that professional organization. 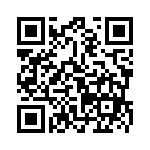