Óåėßäį 122
Adams and Jefferson , the speech which , after the manner of the ancient historians , is put into the mouth of John Adams , as if delivered by him in Congress during the debate upon the Declaration of Independence , appears so apposite ...
Óåėßäį 141
It is probable therefore that some time afterwards , and when our dissensions with America had already darkened , this speech , under the name of revision , and on a slight foundation of reality , was added by the pen of Barré .
Óåėßäį 145
Barré's speech , as copied from Ingersoll's letter to the Governor , appeared in the New London Gazette on the 10th of May , 1765 , a few days only after the news of the final passage of the Stamp Act reached America , and immediately ... 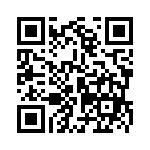