Lewis Perry, who received his doctorate from Cornell University, is professor of history at Indiana University and editor of the Journal of American History. He is the author of Radical Abolitionism: Anarchy and the Government of God and Antislavery Thought and Patterns of Anarchy: A Collection of Writing on the Anarchist Tradition.Michael Fellman is associate professor of history at Simon Fraser University in British Columbia and the author of The Unbounded Frame: Freedom and Community in Nineteenth Century American Utopianism. He received his doctorate from Northwestern University. 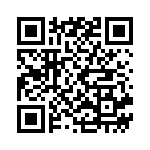