Óåėßäį 182
which " unloading " is regarded as covering The District Court entered a
judgment , all the operations which are ... 81 F.Supp . under the standard
provision of its policy 895 , that the " complete - operation " doctrine to " defend
was the law of ...
Óåėßäį 259
Jurisdiction to review in other cases was When the facts of actual operation be-
conferred by Section 402 ( a ) upon statutory came known , WOW , in August ,
1948 , filed three - judge courts , the Act of October 22 , a petition requesting that
the ...
Óåėßäį 358
a in operation in extrahazardous work and ment that , since none of the
defendant's where such agency is not in such operation . employees were
present at the time of the There , appellant was the owner of a accident , the
passive negligence ... 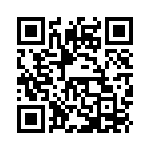