Óåëßäá 92
Defendants on the other hand insist that we have the Plaintiff originally instituted suit power to reverse , even though no error against the defendants in the United occurred at the time of the trial . States District Court for the ...
Óåëßäá 93
These are questions largely the first ejectment suit , which remained procedural of course , for , clearly , a judgin full force and effect , barred the prose- ment based upon another one which has cution of the second ejectment suit .
Óåëßäá 419
Insurance Ew 435 The Court of Appeals , Thomas , Circuit Where party was injured away from Judge , held that where insurer's obliga- premises of insured when the door of a tion was to defend suit against insured , freight car , which he ... 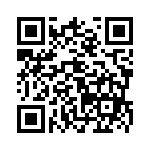