Pietro Archiati was born in 1944 in Brescia, Italy. He studied philosophy and theology and worked for many years as a Catholic priest. Following a decisive encounter with the work of Rudolf Steiner in 1977, he worked as a teacher in a seminary in South Africa. Since 1987 he has worked independently as a freelance lecturer and author for a regeneration of humanity through a modern scientific awareness of spiritual beings and realities. 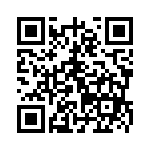