Óåėßäį 274
The motives of the trial judge procedure provided by Rule 36 , Federal are readily understandable and appreci- Rules of Civil Procedure , 28 U.S.C.A. , ated . However , in this machine age when would seem ideal for eliminating this ...
Óåėßäį 318
ination of jury and on each day of trial records of this case indicating lack of which followed but was not present at the fair trial guaranteed by the due promotion before trial , trial setting , and cess clause of the Fifth Amendment ...
Óåėßäį 795
Cite as 295 F.2d 794 ( 1961 ) Before HASTINGS , Chief Judge , and tion for a new trial were granted , withSCHNACKENBERG and CASTLE , Cir- out objection . The latter extension was cuit Judges . to and including September 20 , 1960 . 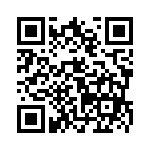