Óåėßäį 56
The Administrator of that Agency had been advised on December 14 , 1956 , by counsel for Phoenix that it considered that it had “ executed no bonds for the performance of any alleged contract between the City of Buckner , Missouri , and ...
Óåėßäį 391
Cite as 305 F.2d 386 ( 1962 ) to define , one party to the contract will on non - federal work ( which forced plainnot so act as to increase the cost of tiffs to pay higher rates to keep the job performance by the other .
Óåėßäį 979
on So as ment , occurred in New York , and New York of work done , and his right to accept or resubstantive law controlled as to making , nature , ject it is absolute , conclusive , and binding construction , and validity of contract . 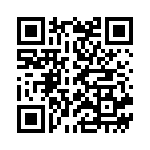