Peter K. Rofes is Professor of Law, Associate Dean of Academic Affairs, and Director of Part-time Legal Education at Marquette University Law School. Prior to joining the faculty of Marquette in 1987, Professor Rofes served as law clerk to the Honorable Max Rosenn of the United States Court of Appeals for the Third Circuit. He also practiced law with a Washington, D.C., firm. 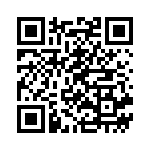