Óåėßäį 284
“ You have created a new youth for me , ” Goethe told him , “ and once more restored me to poetry , which I had almost entirely given up . ” Schiller , delighted with the news , hastened to give Goethe his views on the poem : “ ... the ...
Óåėßäį 440
McClellan was relieved of his command , which was given to John Pope , a braggart who promised quick victory . Lee and Jackson defeated him in the second battle of Bull Run , and the way into Maryland was open .
Óåėßäį 498
given me , you might , in case I could render you some service , ask it of me ; it would make me happy , and I would consider it a proof of confidence . We are rather far apart , and we have perhaps different views on some things ... 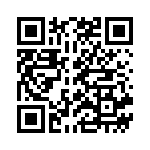