Italo Calvino, one of Italy's finest postwar writers, has delighted readers around the world with his deceptively simple, fable-like stories. Calvino was born in Cuba in 1923 and raised in San Remo, Italy; he fought for the Italian Resistance from 1943-45. His major works include Cosmicomics (1968), Invisible Cities (1972), and If on a winter's night a traveler (1979). He died in Siena in 1985, of a brain hemorrhage. 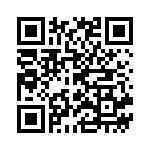