The author of this book on the 1967 convention is Henrik N. Dullea, vice-president for university relations at Cornell University. He is a graduate of Cornell and received his Ph.D. degree in political science from the Maxwell Graduate School of Syracuse University. From 1983 to 1991, Dullea was director of state operations and policy management for Governor Mario M. Cuomo, responsible for the day-to-day activities of New York State's departments and agencies. 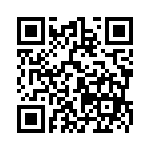