Óåėßäį 4494
The House again resumed the Consideration of the Supply Bill; and, after some
Time spent therein, the same was referred to farther Consideration in the
Afternoon. Then the House adjourned to Three o'Clock, P. M. The House again
went ...
Óåėßäį 4729
The House resumed the Consideration of the Provincial Forces, and the Number
of Officers to be continued in Pay of the Government. Resolved, That the
Provincial Forces shall consist, for the ensuing Year, of Seven Hundred Men, to
be ...
Óåėßäį 4734
The House proceeded in the Consideration of Ways and Means for raising the
Sum of Eighty Thousand Pounds, granted to the King's Use by the Resolve of
Yesterday, and, after some Debate, adjourned to Three o'Clock, P. M. The House
... 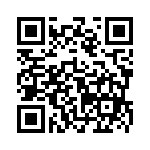