Óåėßäį 110
Mr. Patterson claimed it R. G. Buckingham for Governor , P. A. Sim- by virtue of
the election in November . The mons for Lieutenant - Governor , J. E. Washburn
report of the Committee alleged that Novemfor Secretary of State , W. D. Arnett for
...
Óåėßäį 453
That it is not only the right but the duty of cided to call only the election in October
, and every good citizen , at the party caucuses , in the party the opinion of a
majority of his legal advisers conventions , and at the polls , to use his best efforts
...
Óåėßäį 608
that no vacancy shall occur in her representation by the following State ticket : For
Governor , War . a failure to elect , and also ... We demand the issue by the
GenResolved , That we demand the repeal of the nathe election of a Senator is ... 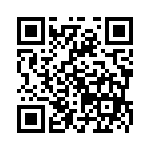