I the Supreme is incredibly dense, throwing fact after fact at the reader. After 60 pages I was completely lost, necessitating an emergency read of wikipedia and gaining a grounding in Paraguay's ... ĮķÜćķłóē ļėüźėēńēņ ōēņ źńéōéźŽņ

In 1814, shortly after the deposition of the last royal governor, Paraguay "elected'' Jose Gaspar Rodriguez de Francia its dictator for life. He devoted that life to his country's best interests as he ... ĮķÜćķłóē ļėüźėēńēņ ōēņ źńéōéźŽņ

To say that Roa Bastos is the paradigm of the Latin American writer in exile would be no exaggeration. After spending 25 years in Buenos Aires following an abortive conspiracy in the 1940s to overthrow a dictatorship, Roa accepted a teaching position at the Universite de Toulouse-Le Mirail, from which he is now retired. In the mid-1980s, he accepted an offer of Spanish citizenship, resigned to his never again living in his native country. Roa Bastos's complex fiction is the attempt to record the "inner" history of Paraguay and to record the many silenced voices: those of the indigenous population (including those who speak the Guarani language, which dominates in Paraguay's bilingual and bicultural society); the original independence fighters and their revolutionary offspring; the marginalized artist who is forced to live, if not an actual exile, an interior exile; and those decent men and women whose very decency exposes them to exploitation and oppression. Roa Bastos's novel Son of Man is his effort to create such an inner history. Passages in an almost biblical style create a panoramic transition between vignettes in which Christ figures represent the injustices of Paraguayan society and its victims' sacrifices. I, the Supreme (1974) is the first-person narrative of Jose Gaspar Rodriguez de Francia, the Enlightenment-inspired Paraguayan strongman of the mid-1800s who sought to create an autochthonous utopia in the Paraguayan heartland. Francia fought against the overwhelming odds of international forces desiring to thwart Paraguay's political independence and to appropriate its natural resources, and Roa Bastos portrays him as a tragic figure. In the novel, he is caught between, on the one hand, the historical necessities of brutal dictatorship and the inevitable destiny of the young South American republics, and, on the other, the profoundly seductive chimeras of sociocultural independence. 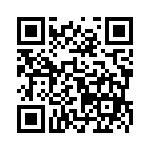