This book was interesting, but there were a lot of jumps where it was not clear why the author thought that two paragraphs belonged next to each other. The book includes a lot of UK information. More ... ĮķÜćķłóē ļėüźėēńēņ ōēņ źńéōéźŽņ

Sarah Murray is author of Moveable Feasts: From Ancient Rome to the 21st Century, the Incredible Journeys of the Food We Eat. A longtime Financial Times contributor, she lives in New York City. 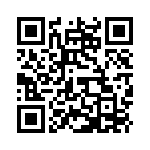