Domenico Losurdo is Professor of Philosophy at the University of Urbino and President of the International Hegel-Marx Society for Dialectical Thought. He is the author of numerous books in Italian. 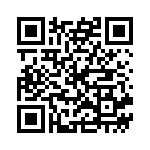