Óåėßäį 170
As urged by both parties , we have studied the legislative history of the Act . We
conclude that Congress was seeking to preserve for union members the right of
free expression secure from interference by force or threat of force from any ...
Óåėßäį 546
Before RIVES , LEWIS * , and BELL , identifies the union by initials only . Circuit
Judges . Each pin is smaller than a dime . GRIFFIN B. BELL , Circuit Judge . On
April 1 , 1960 , Respondent issued the following notice : This case presents a ...
Óåėßäį 730
Plaintiff's account says , in first tried to resolve the dispute and then , summary ,
that ( a ) despite the unequivoreconciliation failing , delivered the vessel cal
wording of the documents signed by ( in March 1960 ) to Union Minerals in the
plaintiff ... 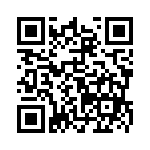