Óåëßäá 274
The United States District stolen automobile and the sale of the au- Court for the
Southern District of New tomobile knowing it to have been stolen York , Edmund
L. Palmieri , J. , refused do not permit the imposition of consecu- to dismiss ...
Óåëßäá 439
4 hold to remove so York and the wire coils afterwards much of the coil cargo as
would at at Baltimore . While the Ronda en- any time appear necessary to
facilicountered generally fair weather on tate the discharge . None her voyage
the sea ...
Óåëßäá 881
York City ( Peter M. Brown , New York There was ample evidence that appellant
City , of counsel ) , for appellee . knew of , and directed , all of these activities .
Before CLARK , FRANK and STA[ 3 ] 2. Appellant moved , before LEY , Circuit ... 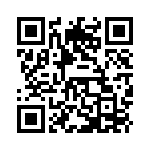