Σελίδα 12
The apparent moderation disguises a more extreme radicalism that wants , anarchistically , to do away with government altogether . The influence of Shelley's future father - in - law is now obvious . Poetry , though , plays an even more ...
Σελίδα 73
Shelley wants the Greek past of the city to show through its present wherever possible , supplying an image of the ancient liberty it has momentarily recovered . In the ' Ode to Liberty ' , Athens figured as a subliminal ideal , which ...
Σελίδα 75
Time , like life , will always escape any character in which we want to cast it , because , as we have seen , it is not that kind of thing . Time is rather the precondition for there being any character at all . 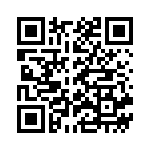