James MacGregor Burns (1918–2014) was a bestselling American historian and political scientist whose work earned both the National Book Award and a Pulitzer Prize. Born in Boston, Burns fell in love with politics and history at an early age. He earned his BA at Williams College, where he returned to teach history and political science after obtaining his PhD at Harvard and serving in World War II. Burns¢s two-volume biography of Franklin D. Roosevelt is considered the definitive examination of the politician¢s rise to power, and his groundbreaking writing on the subject of political leadership has influenced scholars for decades. Most recently, he served as the Woodrow Wilson Professor of Government Emeritus at Williams College and as Distinguished Leadership Scholar at the University of Maryland. 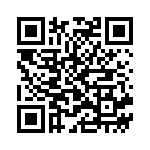