сЕКъДА 13
Originally formed by craft unions when the industrial unions of the last century were crumbling , it has in recent years taken into its membership more and more industrial unions , until now a third or more of its total membership ...
сЕКъДА 17
Like other leaders in industrial unionism , he looks for new fields to conquer for the great cause . He finds fault with the slow progress of the federation in unionizing the steel , automobile , and other mass production industries .
сЕКъДА 20
If a substantial part of those savings , instead of being hoarded , were taken out and spent on clothes , automobiles , food , radios and furniture , our unemployment problem would be solved and the wheels of industry would whirr with ... 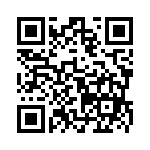