Richard Pipes was for many years a professor of history at Harvard University. He is the author of numerous books and essays on Russia, past and present, including Russia Under the Bolshevik Regime. In 1981-82 he served as President Reagan's National Security Council adviser on Soviet and East European affairs, and he has twice received a Guggenheim fellowship. He lives in Cambridge, Massachusetts, and Marlborough, New Hampshire. 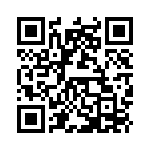