Alexander Hamilton was born on January 11, 1757 on the West Indian Island of Nevis. His mother died in 1769, around the same time his father went bankrupt. Hamilton joined a counting house in St. Croix where he excelled at accounting. From 1772 until 1774, he attended a grammar school in Elizabethtown, New Jersey, and went on to study at King's College. Hamilton entered the Revolutionary movement in 1774 at a public gathering in New York City with a speech urging the calling of a general meeting of the colonies. That same year, he anonymously wrote two pamphlets entitled, A Full Vindication of the Measures of Congress from the Calumnies of Their Enemies and The Farmer Refuted. When the Revolutionary War began, Hamilton joined the army and became a Captain of artillery, where he served with distinction in the battles of Long Island, White Plains, Trenton and Princeton. He was introduced to George Washington by General Nathaniel Greene with a recommendation for advancement. Washington made Hamilton his aide-de-camp and personal secretary. He resigned in 1781 after a dispute with the General, but remained in the army and commanded a New York regiment of light infantry in the Battle of Yorktown. Hamilton left the army at the end of the war, and began studying law in Albany, New York. He served in the Continental Congress in 1782-83, before returning to practice law, becoming one of the most prominent lawyers in New York City. In 1786, Hamilton participated in the Annapolis Convention and drafted the resolution that led to assembling the Constitutional Convention in 1787. He then helped to secure the ratification of the Constitution of New York with the help of John Jay and James Madison, who together wrote the collection of 85 essays which would become known as The Federalist. Hamilton wrote at least 51 of the essays. In 1789, Washington appointed him the first Secretary of the Treasury, a position at which he excelled at and gained a vast influence in domestic and foreign issues, having convinced Washington to adopt a neutral policy when war broke out in Europe in 1793. In 1794, Hamilton wrote the instructions for a diplomatic mission which would lead to the signing of Jay's Treaty. He returned to his law practice in 1795. President John Adams appointed Hamilton Inspector General of the Army at the urging of Washington. He was very much involved with the politics of the country though, and focused his attentions on the presidential race of 1800. Hamilton did not like Aaron Burr and went out of his way to make sure that he did not attain a nomination. Similarly, when Burr ran for mayor of New York, Hamilton set about to ruin his chances for that position as well. Burr provoked an argument with Hamilton to force him to duel. Hamilton accepted and the two met on July 11, 1804 at Weehawken, New Jersey. Hamilton was shot and mortally wounded and died on July 12, 1804.

James Madison, the fourth president of the United States, was born at Port Conway, Virginia. He was raised on a large family farm, called Montpelier, which remained his home throughout his life. After receiving a boarding school education, he entered the College of New Jersey (now Princeton University), from which he graduated in 1771. In 1776, Madison was elected a delegate to the Virginia Revolutionary Convention, where he was a strong advocate of religious freedom. He then became a Virginia legislator. As delegate to the Constitutional Convention of 1787, he became the chief architect of the U.S. Constitution and, later, of the Bill of Rights. Madison served in the first Congress from 1789 to 1797, rising to the position of Speaker of the House. In 1801, he became Secretary of State in the administration of Thomas Jefferson, and in 1809, he was elected president. Madison's insights on the nature of politics and the operations of government are as relevant today as they were in his time. His journals provide our principal source of knowledge about the Constitutional Convention of 1787. He also shared the authorship of "The Federalist Papers" (1787-88), arguably the most significant American contribution to political theory, with Alexander Hamilton and John Jay. His insights into political behavior (such as Federalist paper number 10 on the subject of factions) and the nature of government (Federalist papers numbers 39 and 51 on the allocation of power) continue to be useful for those who seek to write constitutions for new governments today. 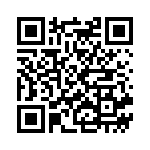