Anna Cento Bull is Professor of Italian History and Politics at the University of Bath. Her publications include Social Identities and Political Cultures in Italy (Oxford: Berghahn, 2000); The Lega Nord and The Northern Question in Italian Politics (London: Palgrave, 2001) (with M. Gilbert) and Speaking Out and Silencing: Culture, Society and Politics in Italy in the 1970s. (Legenda: Oxford, 2005) (edited jointly with A. Giorgio). 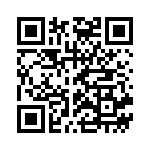